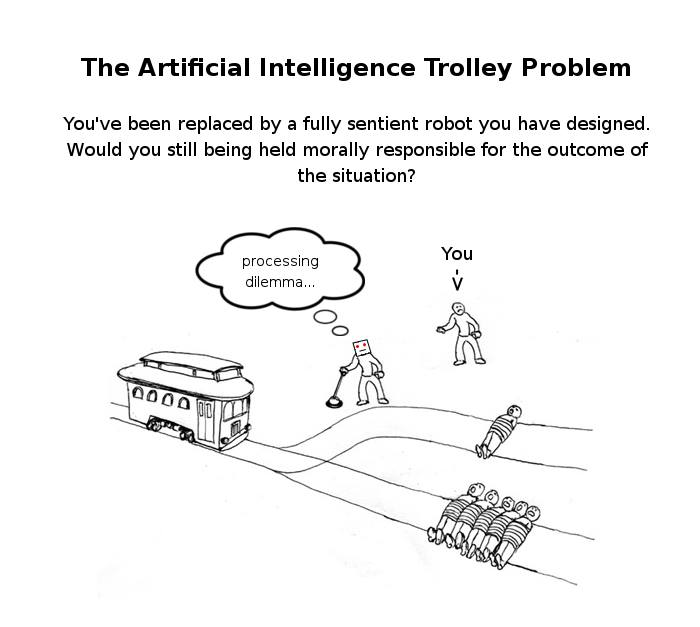 “The creator might argue that his robot is an ‘individual’, capable of his own decisions, while the opposition would say that he (the creator) is responsible for the algorithm that led to the action. Imagine this happening – it would give birth to one of the greatest on-court debates ever.” From Patrice Leiteritz via Trolley Problem Memes