When we last saw their intrepid heroes, they were Out and About Near Shinjuku. They then continued their journey towards Ikebukuro, along the way S captured the Essence of Subway:

The subway stations continued their impressively intricate maps of the subway building and surrounding area[1]:

First stop was a book store, where they found this incredibly useful artifact:

Using this artifact, they successfully navigated around their first destination, ‘Ikebukuro’:

If you look closely at the map above, you can see Tokyu Hands (Tokyo HaNSu), and all of the other destinations mentioned in this post. See if you can track our heroes’ travels!

After obtaining navigational aids, our intrepid heroes continued to their excuse for exploring this neighbourhood, one of the female-oriented anime stores on Otome Road, likely Lashinbang.

Not finding exactly what they wanted, they wandered until they found a little park, where they spent a pleasant hour or two wandering and conversing with cats:

If you read the sign closely, you can see that it is called: “東池袋中央公園”, or “Higashiikebukurochūōkōen”, or “Higashi Ikebukuro Central Park“.

Followed up by their first (of many!) arcade visit!

Here, you can see S proudly showing off her bullseye: 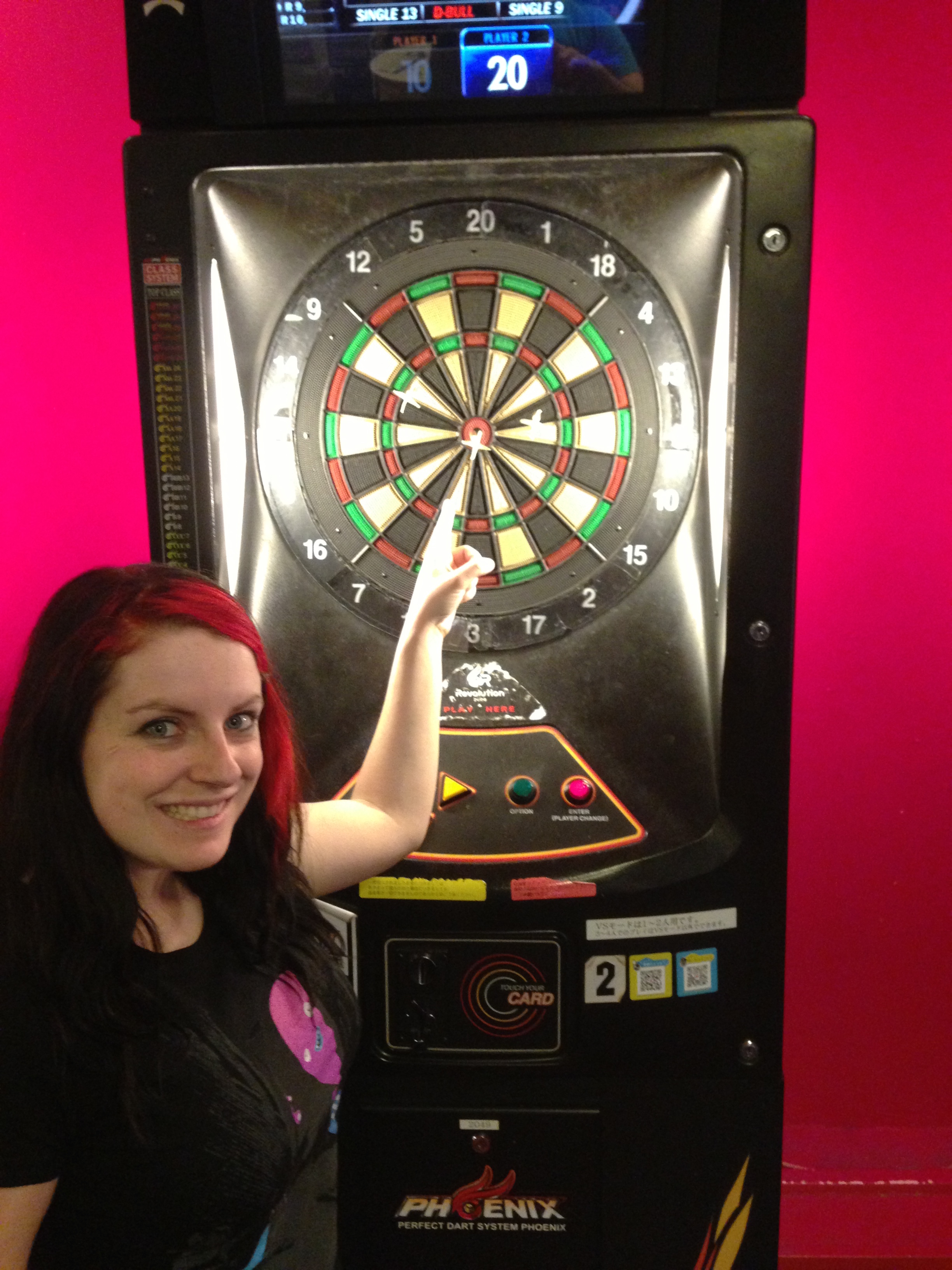 And with that, it was time to wander again! Our heroes encountered this odd character guarding the entrance to a different arcade. Heeding his warning, they moved on:

And then it was time for Tokyu Hands! Possibly the most famous (at least to our heroes) of the ‘DePaTo’s (Department Stores), they encountered 6 floors of amazing sights:

(Upon reflection, this seems to be ‘Shogi‘, and is hundreds of years old[2].)

These were amazingly colourful little educational animal skeletons preserved in what looks like acrylic: 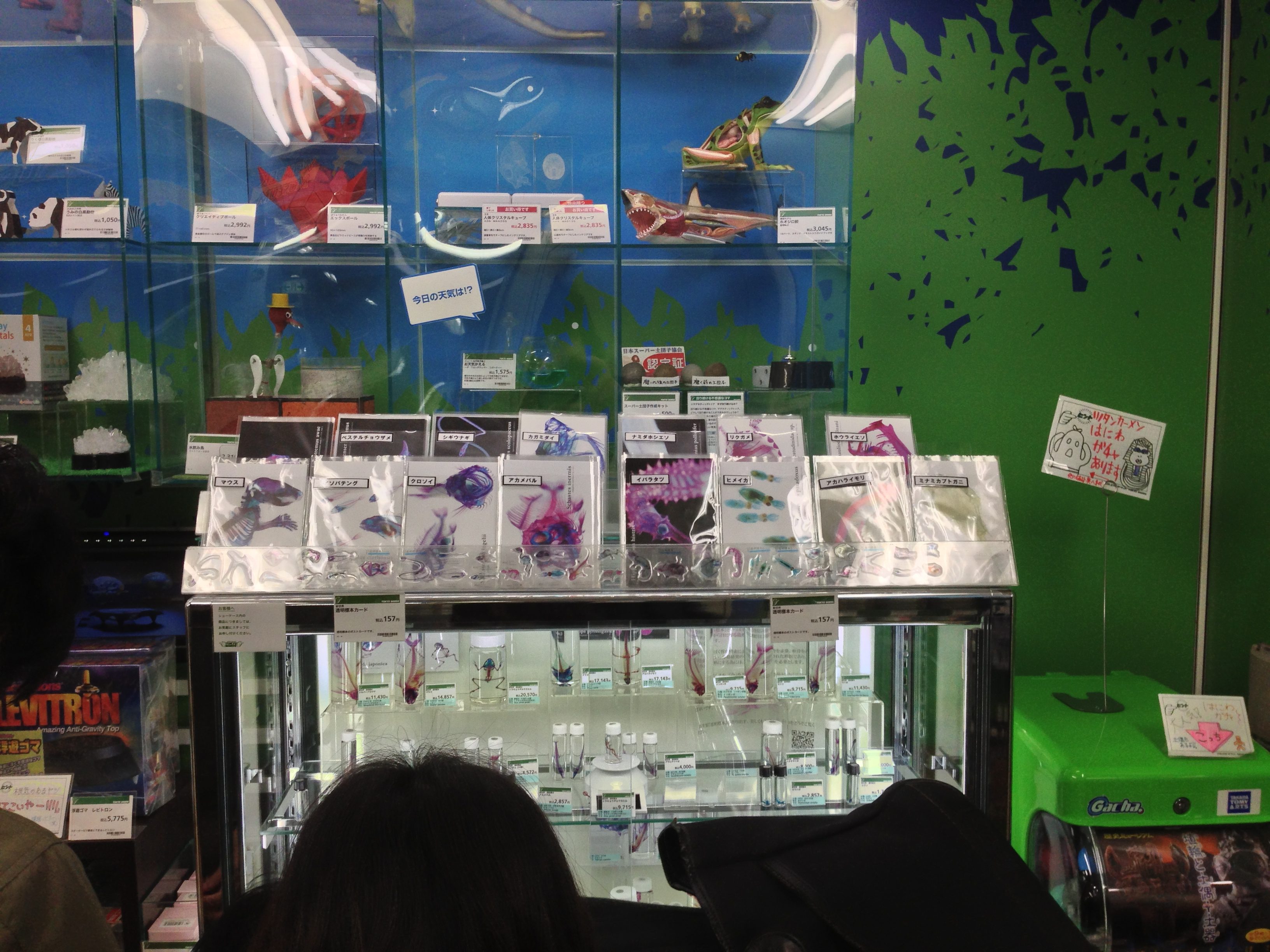 Stay tuned for next time, when our intrepid heroes follow some oddly dressed people into a secret hideout in a park, and discover a fabulous secret!

[1]Where else do you see top view and side view maps in public?

[2]In its current incarnation, Shogi is ~400-500 years old, but its ancestors go back at least a thousand years before that.